For those who truly enjoy the leisure of smoking or vaping, there are some great, eye-catching tricks you can do to make the indulge that much better. From table tricks to artful exhales, you too can be a graduated master of your smoking experience. Step-by-step, here are 10, super-cool smoke tricks that are sure to put you in a class all your own.

While no prep is absolutely necessary, performing many of these tricks is a bit easier when a few steps are taken ahead of time. Mainly, you'll want to assure that you're vaping with a juice that allows for the densest possible clouds. Also, to avoid overdoing it on the nicotine, you'll likely want to use blends that are nicotine-free. Aside from these considerations, all you need is the pro know-how that we'll provide below. Let's get started.

The Ghost Hit is a great, beginner's trick that is not only fun to watch being performed but is also a component to some more advanced tricks that you'll probably want to learn. This one is easy enough to do and involves the release of an ultra-thick cloud that is quickly reversed back into your mouth. To many observers, this will look like an exhaled hit being taken back in as if you're on video and being played back in reverse. To perform this one, simply take a deep drag, but don't inhale it. Storing it in your mouth briefly, you'll then gently release it as an ultra-dense, mini cloud. Just before the tail end of it is finally out, you'll artfully pull the whole thing back into your mouth again. Done right, this looks much like a hit being taken in reverse. 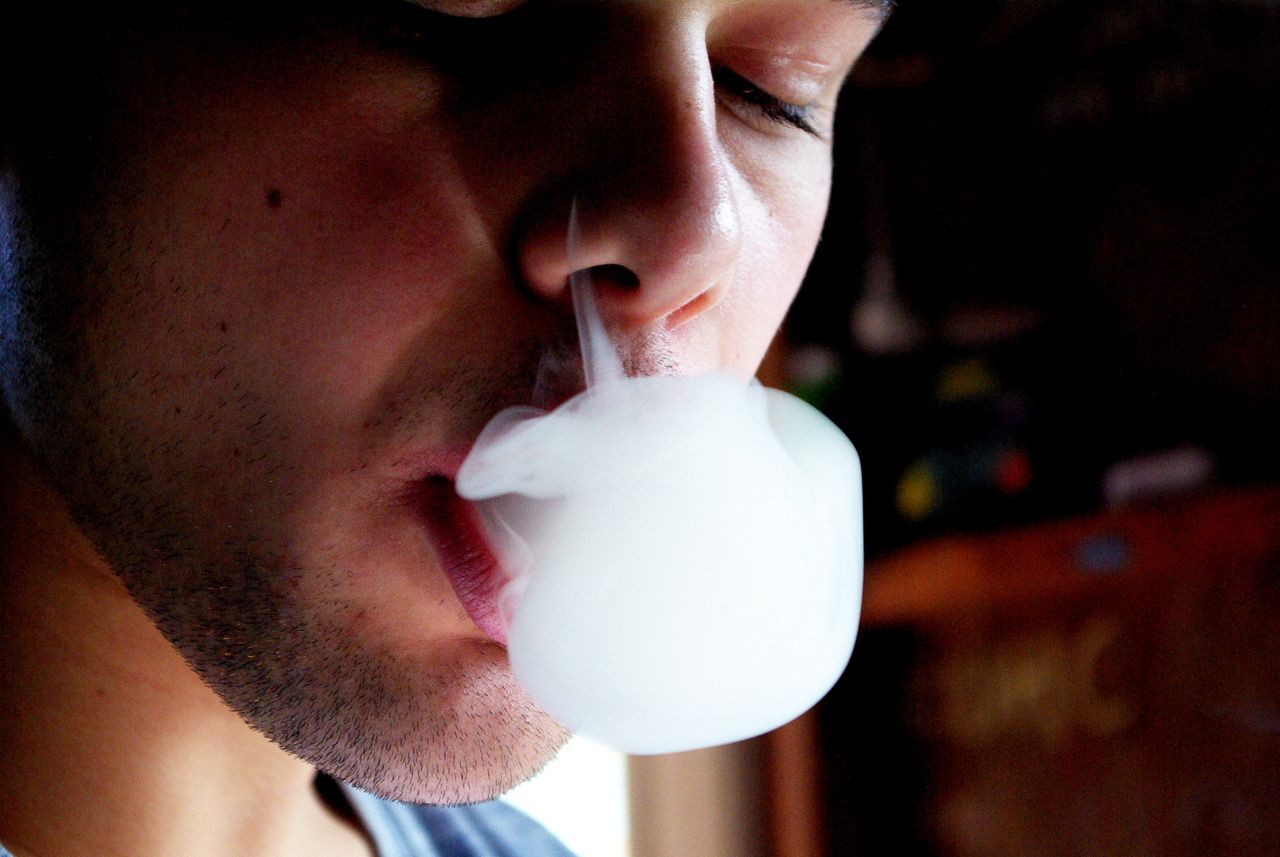 First, take a good drag, but don't inhale it. Then, gently push it out of your mouth and upward. While releasing it in this way, you'll use your nose to inhale it as it's streaming from your mouth. For some, this one can take a little practice in order to get the mouth motion right along with the simultaneous nose inhale. Done right, though, this one's a real class act.

As its name suggests, this great trick involves creating a mini smoke tornado on just about any flat surface.

To get started, choose a flat surface that's easily accessible. A nearby countertop always works well. Now, get close to the surface and release a dense, non-inhaled, and contained cloud onto the surface. From here, gently place your hand in the cloud on the countertop and then do a fast, upward, reverse karate chop. With a bit of practice to get the motion right, you'll then create a very cool tornado from the ground up.

The legendary dragon exhale you've likely seen in movies or books always has the dragon blowing smoke from its nostrils but also, at the same time, from both corners of its mouth. Now, prepare to be the dragon. 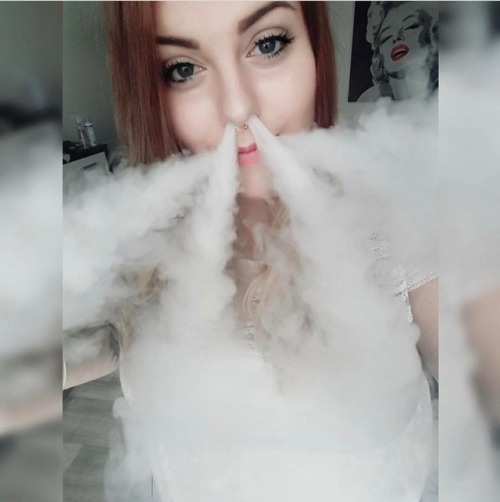 For this one, all you need to do is take a good, concentrated drag, and then blow the cloud out through your nostrils and the corners of your mouth, like the dragon, at the same time. Many find it easier to blow out through the corners of the mouth by perching the lips together in the middle and poking the jaw out subtly. Depending on your mouth's individual structure, you may have to experiment to come up with the right motion. To add an extra convincing flare, put on a mean face and blow with some force.

Many have tried to make some decent smoke rings, but making perfect ones takes a little know-how. Here's how it's done.

First, take a good drag and inhale your smoke. Don't deeply inhale, but keep the cloud more at the top of your lungs and base of the throat. Next, form an "O" with your lips, and use the back of your tongue and throat to push out the smoke in contained bursts. Many rings can be produced from a single drag, and with some practice, you'll be blowing perfect, dense Os on command

This smoke trick is simply a slight but very cool variation of smoke rings. To make smoke triangles, follow the above-described process of creating smoke rings. Now, lightly tap one side of your ring while it's in motion. 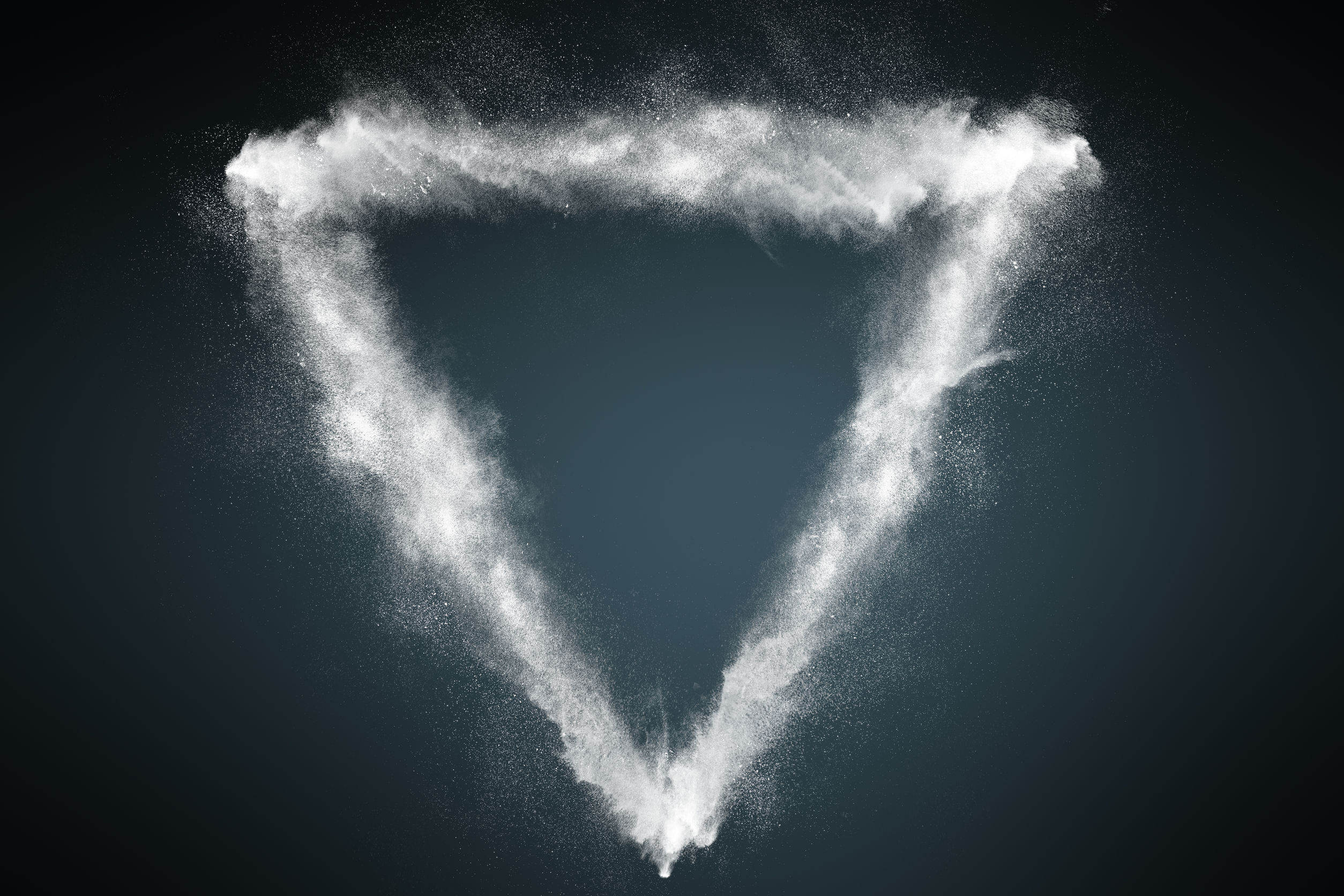 Done right, this will instantly create flat sides on the ring. Timing is everything with this one, but once mastered, you can add this trick in with others for some great combo trickery that'll surely catch others' attention.

Like its name suggests, here, you'll be making an impressive, airborne jellyfish. 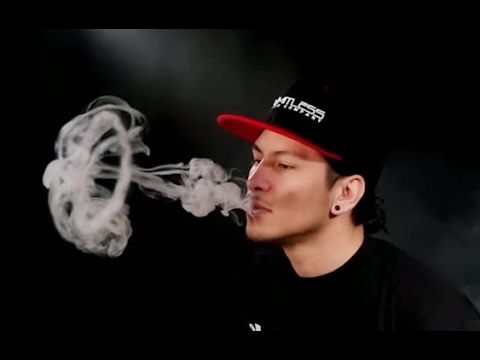 First, create a smoke ring as described above. Next, take a solid drag, but don't inhale it. Now, gently let it out into the ring. Finally, take another solid drag, inhaled if you'd prefer, and gently blow it into the center of your creation. The end result is a very cool-looking jellyfish cloud formation.

The Bull Ring is a sort of combination of the French Inhale and a smoke ring. You'll be creating a smoke ring, but then pulling it in through your nose. The end result will momentarily look as though you have a large, bull nose ring.

To start out, create a Perfect Smoke Ring as discussed above. Now, simply get your nose near the top of the ring and inhale through your nostrils. Practicing in front of a mirror helps to perfect this trick, but done right, it will truly look like you've got a massive nose ring for a moment.

Named after the Batman character Bane, this trick simulates this villain's trademark barred facemask look around the mouth. 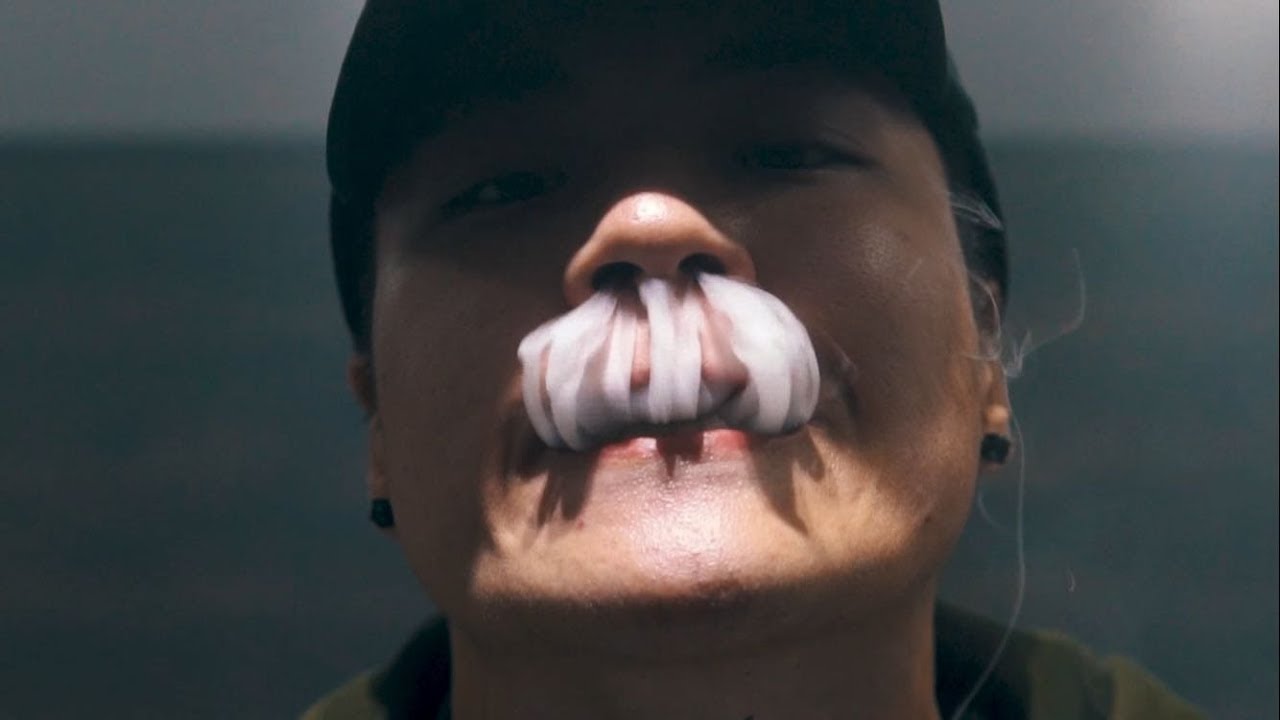 To perform the Bane Inhale, simply follow the above-mentioned steps for performing a French Inhale. Different from the French Inhale, though, this time, you'll want to slightly extend your lower jaw and make your lower teeth meet your upper lip. The trick is to then release the smoke between your teeth so that as it flows to your nose, it will look exactly like the Bane mask bar assembly around the infamous character's mouth.

Finally, the Lasso is a cool trick that simulates a smoke-blown lasso in midair. To do this one like a pro, start by creating a smoke ring and then expanding it and pushing it forward gently with your hand. Next, make a smaller smoke ring in the center of the previous one, but blow it forward so that it is faster-moving than the first and moves through it. As it passes through, the second ring will create some very cool, wispy arms that essentially connect it to the first ring in ghostly fashion. The result is an awesome smoke lasso.